I am writing a series called the The Best Jobs in the World. This series is dedicated to people who have rare or super cool jobs. My aim is to give options, hope, or motivation to people who don’t feel the need to go and get a regular nine-to-five. 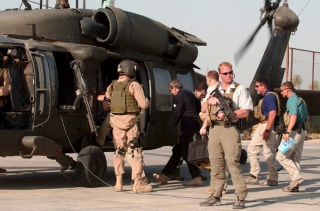 Editor’s Note: Overseas contracts do garner more money than being stateside. But most contracts do not include any benefits at all. The interview may sound like a person does not make more than a military or government counterpart, that would be incorrect on some cases.

Today, I am speaking with “Caveman”. He is 29 and served time in the military and as an armed civilian contractor. While they are not technically mercenaries and have severe constraints on engaging with combatants, they are, in simple terms, soldiers of fortune.

EC: Caveman, how did you become involved with civilian contracting?

C: I did six years in the military, enjoyed the impact of it, but hated the lifestyle and how rigid it was. So, to keep providing the needed support to the troops, took on contracting instead of moving on to another career field. I got my first job a week after separating, and I deployed for my first year six months later. After deployment, I worked stateside for 18 months, and then did another year in Afghanistan.

EC: What prerequisites does one need to become a contractor?

C: Prerequisites depend on the contract. They range anywhere from bus driver to engineer to aeronautics. Basically, a contractor fills a void that can’t be filled by current government or military personnel. Sometimes, in my case, you have a fairly decent understanding of particular job even without having worked it directly. If you’re able to get an interview, showing that you can grasp the concept and perform, then you’ll get your shot. On my last deployment, I went from the lowest position all the way up to the number two spot in the program.

EC: That’s an impressive jump. What is the pay range for someone looking to venture into it?

C: Again, it depends on the type of job, to the location,  years of experience, education levels, etc. The easiest way to figure it out is by calculating what it would cost the government to fill the position. If it were to take $10,000 to fill a position for the government including salary, insurance, and other benefits and expenses, then you can expect a contract company to receive that much. The contractor will get their salary based on that range. Most of the time, and such is the nature of the beast, the company will take their cut off the top and leave the contract with the rest.

Find the comparable government position and you will find the rough salary range for that position. The myth about contractors making more money is based on higher salaries to cover things that a private company doesn’t cover for you. The pay checks and how much you clear are comparable.

EC: I was definitely someone who thought that contractors made stacks of cash. What are the benefits to working as a civilian as opposed to the military?

C: For starter, growing beards and hair! Picking out outfits was honestly the biggest hurdle. The structure itself is more free. There is an entire set of rules/laws in the military, the Uniformed Code of Military Justice (UCMJ), that supersedes most civilian laws. You don’t have those as a civilian. There is more freedom for what you need to do, and to grow honestly. When you’re in the military, everything seems so spelled out, and micromanaged like everyone is a child. Even as an NCO, when I thought it would end, it only got worse. Now, most everything is based on your performance. You choose your destiny. But the easiest answer is simply “freedom”.

EC: Ironic that freedom was the biggest restriction in our military.

C: I always thought so. Some things in the UCMJ are outright ridiculous. See Article 125 and laugh away.

Article 125 in the UCMJ deals with sodomy. Military personnel are not to engage in acts of sodomy forced or consensual with either human or animal. Penalties include dishonorable discharge, prison, and forfeiture of allowances and pay.

EC: Was the military/contractor career something you always wanted to do since you were a kid?

C: I grew up in a military family. Without bragging, I’m on the “smarter” end of the spectrum but I’m also pretty heavy on the “lazy” end, too. I didn’t care in high school and decided college was too much work, so I took the military as a cop-out. The military is all I knew, and I saw the joy my dad had in his job. As I’ve said before, I hated the lifestyle, but deep down I knew I’d wind up there at some point.

EC: There are worse things to turn to than the military. What advice would you give to someone looking into the contracting business?

C: Know what sector you’re trying to get in to. Keep your education and experience in line with what you want. From there, know what companies are working in whatever area. For example, Lockheed does the F-35 contract along with multiple subcontractors. If you’re into aeronautics and hope to work on the F-35, then you’d want to start looking at Lockheed’s website or specific job boards.

Other than that, knowing someone is THE single best way to get into it.

EC: Those are probably good words to live by and follow for any career path. Are you still in the contracting business as a “soldier of fortune”?

C: I’m still contracting, but I’m stateside now. I miss being in the thick of it while deployed, but I also have to keep a balance of being home with the wife and being overseas.

EC: Did she have any strong feelings either way about deployment?

C: She knew why I was going and she knows how much I love being there, but she obviously wants me here. She saw how much I wanted to be there and how difficult it was for me to adjust back to a life and office job here. She was understanding and supportive of it. But, there are guys I know that have kids that they only see once a year and they’ve been there for over seven years. It truly is an addiction going there, but that’s speaking more directly to the deployed contractors with the “exciting” jobs.

EC: Nothing can replace home and our loved ones. One final question for you, what’s the last job you had not related to the military or civilian contracting?

C: I’m embarrassed of the specific store, since I’ve grown up. But I worked at the mall for the summer before joining the military. I left for basic when I was 17, so that was about it. All I’ve known growing up was the military. All I’ve done my entire adult life is the military and, for the foreseeable future, all I will know. If all goes well, I’ll be starting college next semester and going on to the next big thing!

EC: That’s pretty exciting, but come on, you have to tell me which store!

EC: (Laughs) Thank you for your service and time!

Stay tuned for the next interview in my series The Best Jobs in the World. 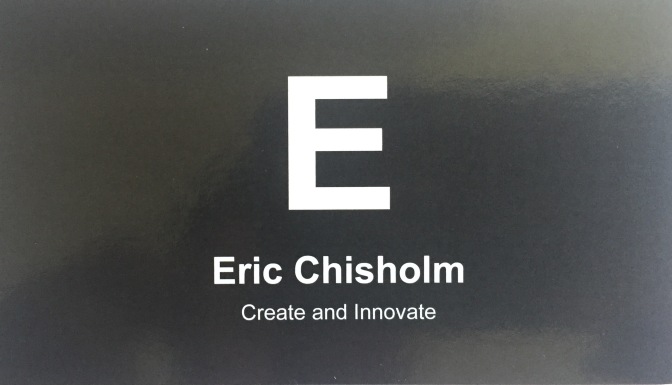